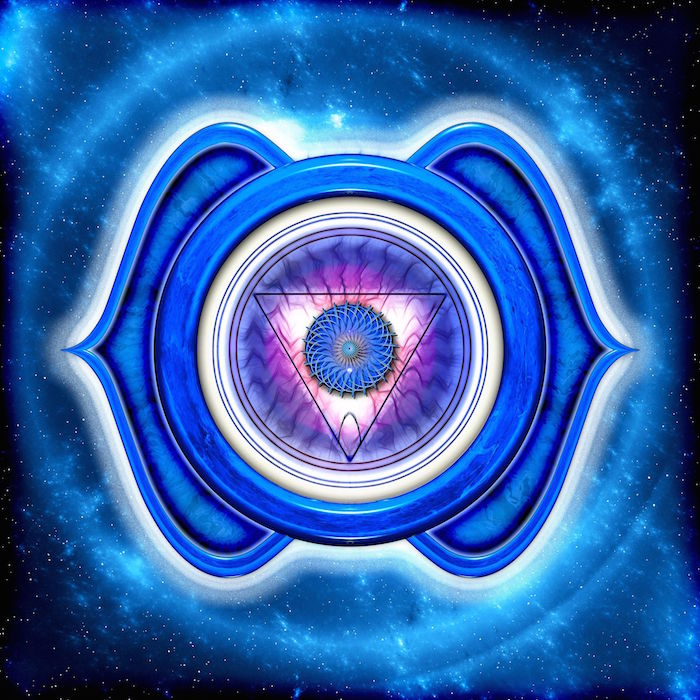 The sixth chakra is referred to as:

The most common Sanskrit name for the Third eye chakra is “Ajna”, which means “command” and “perceiving”.

This chakra is related to the “supreme element”, which is the combination of all the elements in their pure form.

In yogic metaphysics, the third eye or Ajna chakra, is the center where we transcend duality – the duality of a personal “I” separate from the rest of the world, of a personality that exists independently from everything else.

As Harish Johari says, “a yogi who has passed through the Vishuddha Chakra at the throat to the Ajna Chakra transcends the five elements and becomes freed (mukta) from the bondage of time-bound consciousness. This is where the I-consciousness is absorbed into super-consciousness.” (Harish Johari: Chakras: Energy Centres of Transformation).

Rather than by its color, it is characterized by the quality of its luminescence or soft radiance that reminds us of the moon light.

The most commonly accepted location for the sixth chakra is between the eyebrows, slightly above at the bridge of your nose. Contrary to a common misconception, it is not located in the middle of the forehead, but between the eyes where the eyebrows would meet. It can also be described as being located behind the eyes in the middle of the head. Note that secondary chakras run along the midline of the forehead, but the third eye chakra is typically located lower.

The Third eye chakra is associated to the pineal gland in charge of regulating biorhythms, including sleep and wake time. It’s a gland located in the brain that is a center of attention because of its relationship with the perception and effect of light and altered or “mystical” states of consciousness. It’s positioned close to the optical nerves, and as such, sensitive to visual stimulations and changes in lighting. 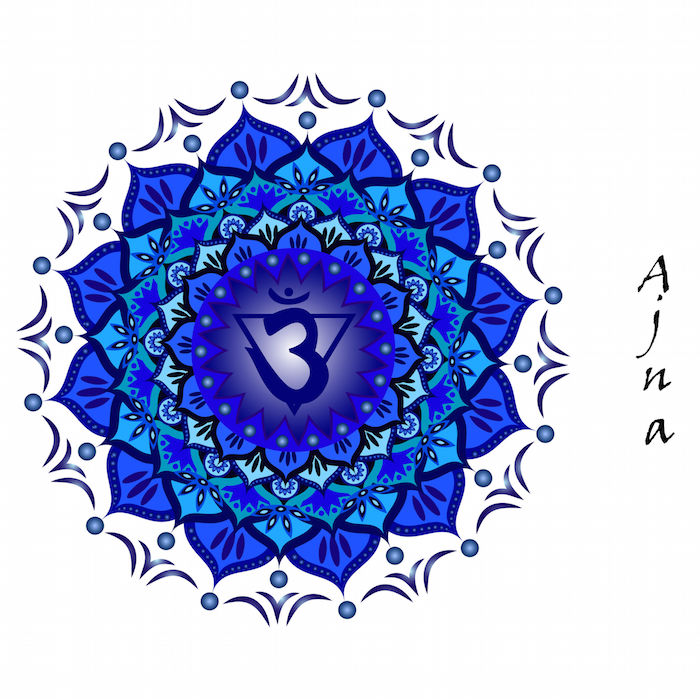 The third eye chakra is associated with the following psychological and behavioral characteristics:

The third eye chakra is an instrument to perceive the more subtle qualities of reality. It goes beyond the more physical senses into the realm of subtle energies. Awakening your third eye allows you to open up to an intuitive sensibility and inner perception.

Because it connects us with a different way of seeing and perceiving, the third eye chakra’s images are often hard to describe verbally. It puts us in touch with the ineffable and the intangible more closely. Third eye visions are also often more subtle than regular visions: They may appear a bit “blurry”, ghost-like, cloudy, or dream-like. Sometimes however, the inner visions might be clear like a movie playing in front of your eyes.

Sustaining awareness of third eye chakra energy might require focus and the ability to relax into a different way of seeing. When we focus our mind and consciousness, we can see beyond the distractions and illusions that stand before us and have more insight to live and create more deeply aligned with our highest good.

The third eye chakra is associated with the archetypal dimensions, as well as the realm of spirits.

When the Third eye chakra has an imbalance, it can manifest as: 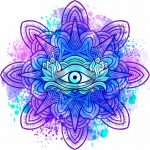 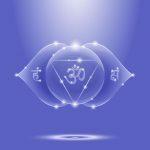 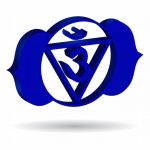